Fun Fact: Hershey is considered the Chocolate Capital of the United States.

Fun Fact: The city of Kingston served as Tennessee’s state capital for one day (September 21, 1807) as a result of treaties negotiated with the Cherokee Indians. The two-hour legislative session passed two resolutions and adjourned back to Knoxville. 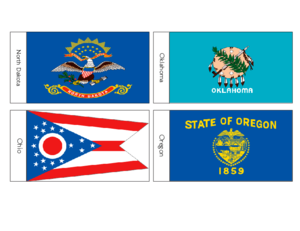