Raptors are also known as birds of prey, because they hunt and prey only on other animals rather than eating seeds, berries, and other plant life as many other types of birds do.  These birds have very good eyesight and strong and sharp claws (called talons) and beaks which they use to grasp and tear apart their prey.

A bird’s wingspan is the total length from one outstretched wingtip to the other.  The largest birds in the world, California condors, have wingspans of up to 2.85 m (9 feet)!  Here’s how different raptors measure up. 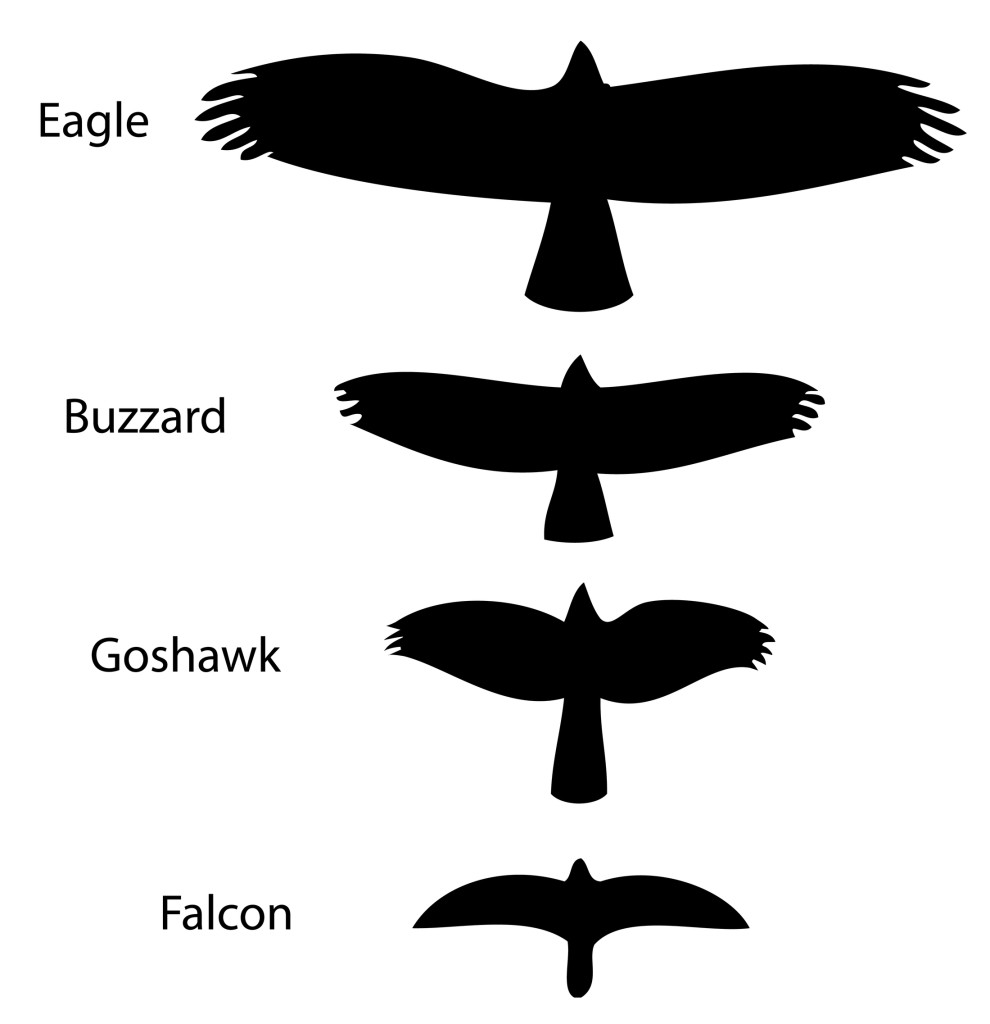 Eagles – Eagles are the largest raptors and have powerful wings spanning up to 2.3 m (7.5 feet).  They are strong predators who like to catch fish, however they have been known to swoop down and carry off larger animals – even baby deer!

Buzzards – The common buzzard is a medium-sized bird with a wingspan of up to 1.36 m (4.5 feet).  Buzzards usually catch small mammals like mice and squirrels but will also feed on carrion (dead animals that they find).

Hawks – Hawks are slightly smaller birds that tend to live in forested areas and dive out of trees quickly to snatch their prey.  The goshawk shown here can have a wingspan of up to 1.27 m (4.2 feet), just a bit smaller than the buzzard.  Hawks are known for their incredibly sharp eyesight and can see about 5 times more clearly than humans!

Falcons – Falcons can have wingspans of up to 1.27m (4.2 feet), but most species are smaller than this and have wingspans up to 1.16 m (3.7 feet).  Falcons’ wings are very thin and this allows them to fly and turn quickly.  The fastest falcons, the peregrine falcons, can fly up to 320 km/h (200 mph), making them the fastest animals on earth!

Find out more facts about birds!