Humans are unique in the animal kingdom for many different skills and abilities, but none has been as important to human history as the development of language.  Scientists have done a lot of studies working with other animals that seem to have some language skills, like birds, large apes and dolphins.  However, their abilities to remember vocabulary, form complicated sentences, rearrange word order, and communicate in different tense (past, present, future) are far lower than our own.

Scientists that study language ability and structure are called linguists, and those that study how our brains produce, interpret, and remember language are called neurolinguists.  Neurolinguists look for the areas in the brain that we sue when we speak, listen, read, write, and even try to remember words.  Some of these areas were discovered hundreds of years ago by scientists who studied people who had injuries to their brains. 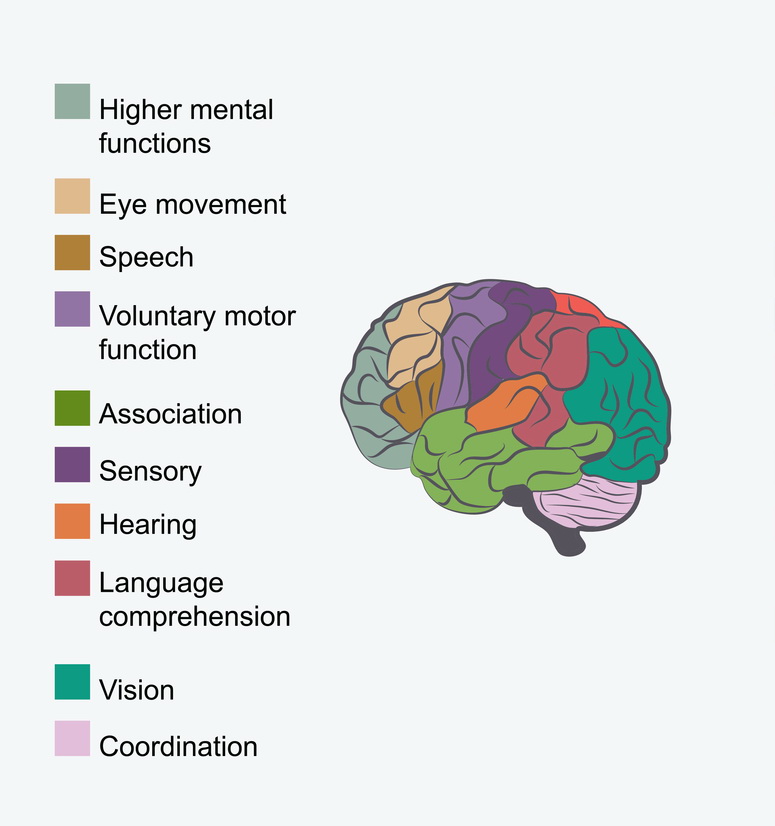 For example, Dr. Paul Broca found that many patients lost the ability to speak after having injuries to a specific part of their brain, usually on the front left side for right handed people (interestingly, people who are left handed have their language centres spread out more evenly to both sides of their brains).  This area is now called Broca’s Area and is also important in understanding complicated sentences, and even in understanding hand gestures.  People who have damage to this area of their brains often know what they want to say but can’t actually speak their words, which can be frustrating.

Another important part of the brain for language, called Wernicke’s Area, was discovered by another doctor who found that people who had damage to this back left part of the brain had trouble understanding word meanings and other sounds around them.  They also were able to speak fluently and make sentences that sounded like normal speech but in fact had no meaning and were just random words put together.

These days, researchers study brain areas using magnetic resonance imaging (MRI) which uses electromagnetic waves to sense and make pictures of the parts of the brain that area active when a person is speaking, reading, writing, listening, or using other language skills.  Neurolinguists continue to try to understand how the brain works so that they can help people improve their abilities to communicate after injuries, illness, or in cases of disabilities.

Stand Up To Cyberbullying