We just love this guy and his Brave Wilderness Show. He is our superstar! Let’s find out more about Coyote Peterson and his most wanted book! 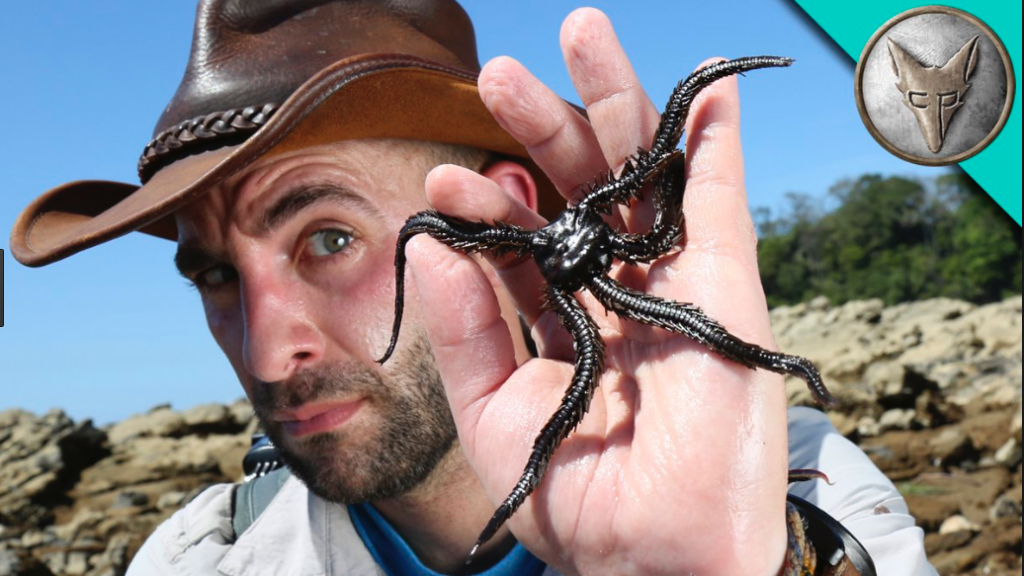 3. Thirty-five-years-old Coyote Peterson who gained popularity from Discovery Digital’s Emmy-winning series Breaking Trail also has his own YouTube channel called Brave Wilderness where he has more than 700m views and 5.4m YouTube subscribers.

4. Brave Wilderness is one of the most watched wildlife shows at the moment where Coyote travels around the US and Central America different coming across different insects and animals.

5. While getting stung by a Tarantula Hawk is a feat in itself, Coyote’s greatest achievement is surviving a sting by the infamous Bullet Ant. The bullet ant has the most painful sting in the world, and grown men are terrified of it, but when Coyote states that he is going to get stung by a Bullet Ant, he says it with the same amount of conviction a certain man once had when he announced that he would steal the declaration of independence.

6. Coyote is walking the path of his idols Bear Grylls and Steve Irwin as he teaches little kids the beauty of the wildlife.

7. His book ‘Coyote Peterson’s Brave Adventures: Wild Animals in a Wild World’ features his adventures around the world and all his amazing encounters. These stories are mostly aimed at little kids and aspiring little children and have even attained the title of Amazon’s #1 Bestselling book. This book kids can’t stop reading! Check out, Be Brave and Stay Wild!

Dinosaur vs. Human vs. Elephant