You’ve heard of acids and bases, but do you know what they really are and what makes something acidic and another substance basic?

Let’s look at the reaction of a common acid, acetic acid found in vinegar, with water:

In this example, the acetic acid molecule breaks apart in water and gives a hydrogen ion to the water, creating hydronium ions.

For a basic example, let’s look at sodium hydroxide (also known as lye, an ingredient in many soaps and cleaning products) with water: 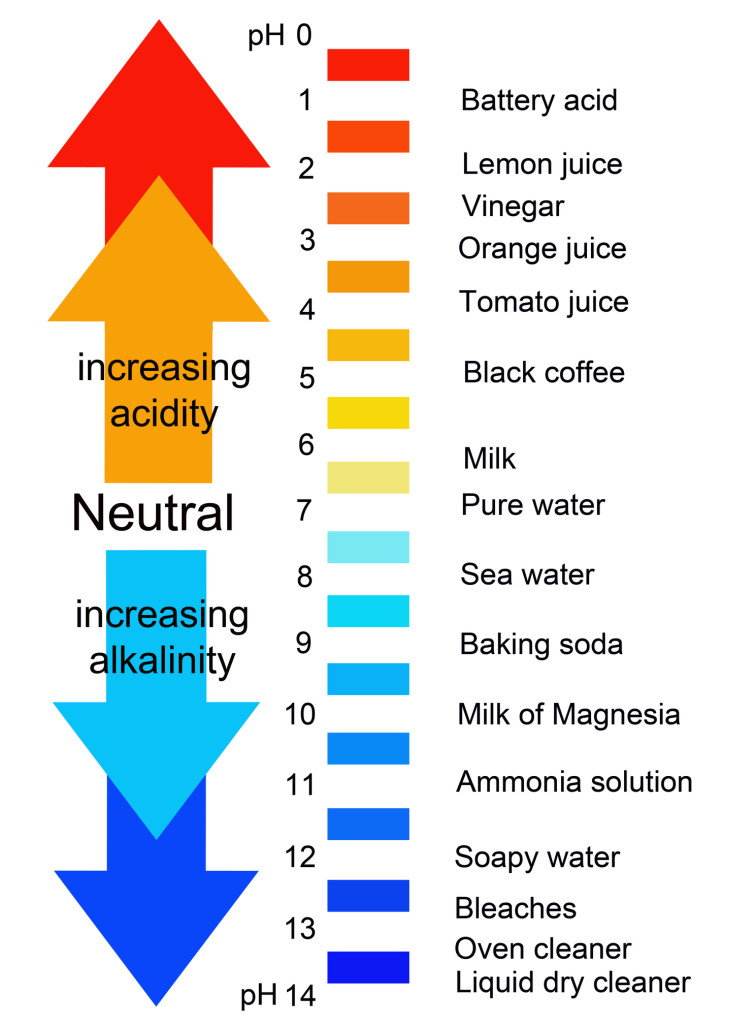 The strength of an acid or base is given with a pH score, or potential of hydrogen ion activity. But just to be confusing, acids have low pH and bases, which don’t donate hydrogen ions, have high pH! A pH of 7 is called “neutral” and means that a substance is neither acidic nor basic, like pure water. The stronger the acid, the lower its pH will be, and the stronger a base the higher its pH will be. However, a 1 number change in pH means a ten times changes in strength. So battery acid (pH1) is 10 times stronger than lemon juice (pH2).

And do you know what happens when an acid and base meet? They can “neutralize” each other, or cancel each other out when they react, with the acid producing hydronium in water but the base balancing that with hydroxide. Sometimes, other chemicals are released in these reactions, like the famous mixture of baking soda (basic) with vinegar (acidic) which produces water and carbon dioxide gas which can foam and build up pressure!