Atoms were once thought of as the smallest possible parts of matter that anything could be divided into.  We now know that even atoms are made of tinier particles (and these are made of even smaller particles!) that are arranged in specific ways inside atoms of different elements.  In fact, the way that these “subatomic particles” are arranged in an atom, and their numbers, define what element that atom is. Find out more about structure of atoms! 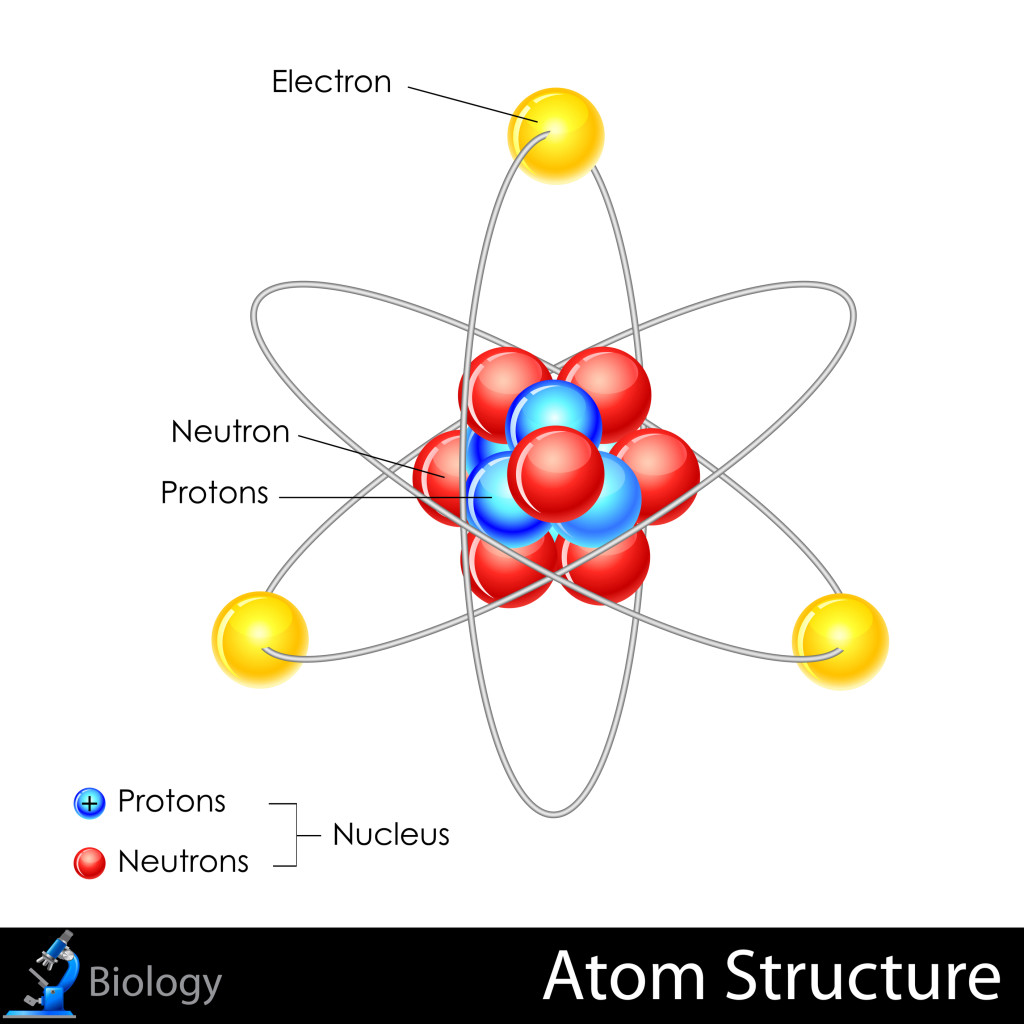 Protons – Located in the nucleus, or the core of the atom, protons are positively charged particles.  The number of protons in an atom tells you what kind of element it is and its atomic number.  For example, H (hydrogen) atoms have only 1 proton each, while He (helium) atoms have 2 protons each, and so on.

Neutrons – Neutrons are heavy particles, also found in the nucleus of an atom.  They do not carry any charge, however the number of neutrons can determine some chemical properties of an atom.  Some atoms of the same element can have different numbers of neutrons (these atoms are called isotopes), and thus their properties are different.  For example, some isotopes are radioactive.

Electrons – Electrons are light, negatively charged particles that orbit around the nucleus of an atom.  An atom with 3 protons will also normally have 3 electrons to balance their positive charge.  Electrons are the interactive parts of atoms, and they can join or react with other atoms to form chemical bonds that produce molecules.  While it requires little energy to separate an electron from an atom, it takes much more energy to break a proton or neutron away from the nucleus.

If you are finished with the structure of atoms, find out even more interesting facts!