Have you ever looked at a world map and thought that South America and Africa look like they would fit together like puzzle pieces? At one time in the past, they actually were stuck together! This was one idea that helped scientists understand tectonic plates. 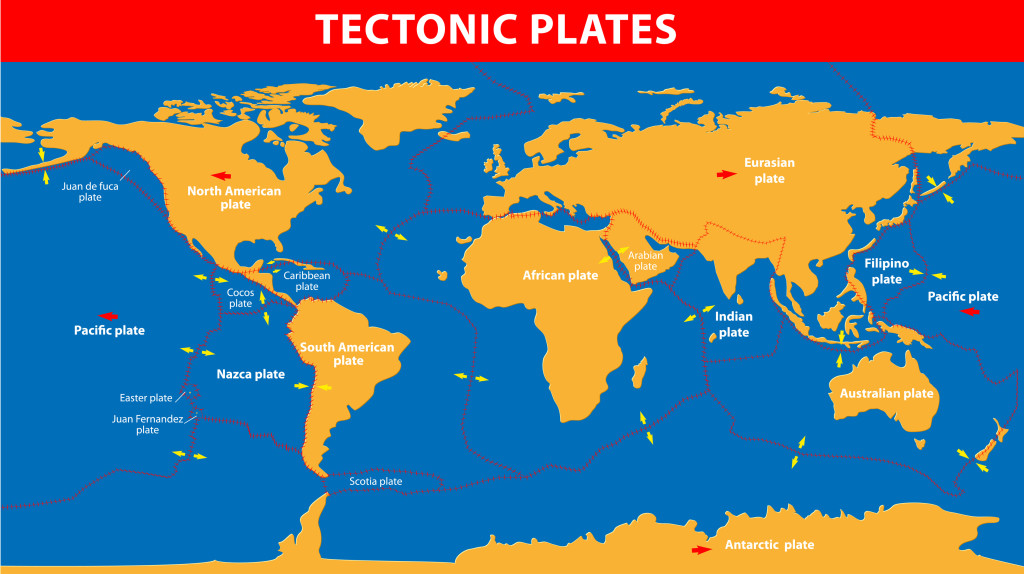 The top surface of the earth, the crust and upper mantle, is separated into different plates which can be anywhere between 15 km to 200 km thick.  These massive bodies of rock get bigger on some edges when new rock is added to them at seafloor spreading zones.

At other edges, where they run directly into other plates, they can get pushed back deep into the earth where they melt (the melted rock can come back up to the surface, producing volcanoes).  This process keeps rolling along like a conveyor belt, pushing plates into each other, and scraping past each other, at a rate of a few centimeters each year.  In places where plates run into each other, the collisions cause earthquakes.

Find out more about moving ships through locks!