Do you know what the atmosphere is?  It’s all the gas that we call air, surrounding the earth and separating us from space.

Air is a mix of gases, which means it is made of molecules that can move around and fill up any space they are put into.  As we go higher and higher into the atmosphere, there is less pressure holding the gas down to the earth, and the molecules of air spread out further and further.  We call this “thin air”, and the air gets extremely thin high in the atmosphere. 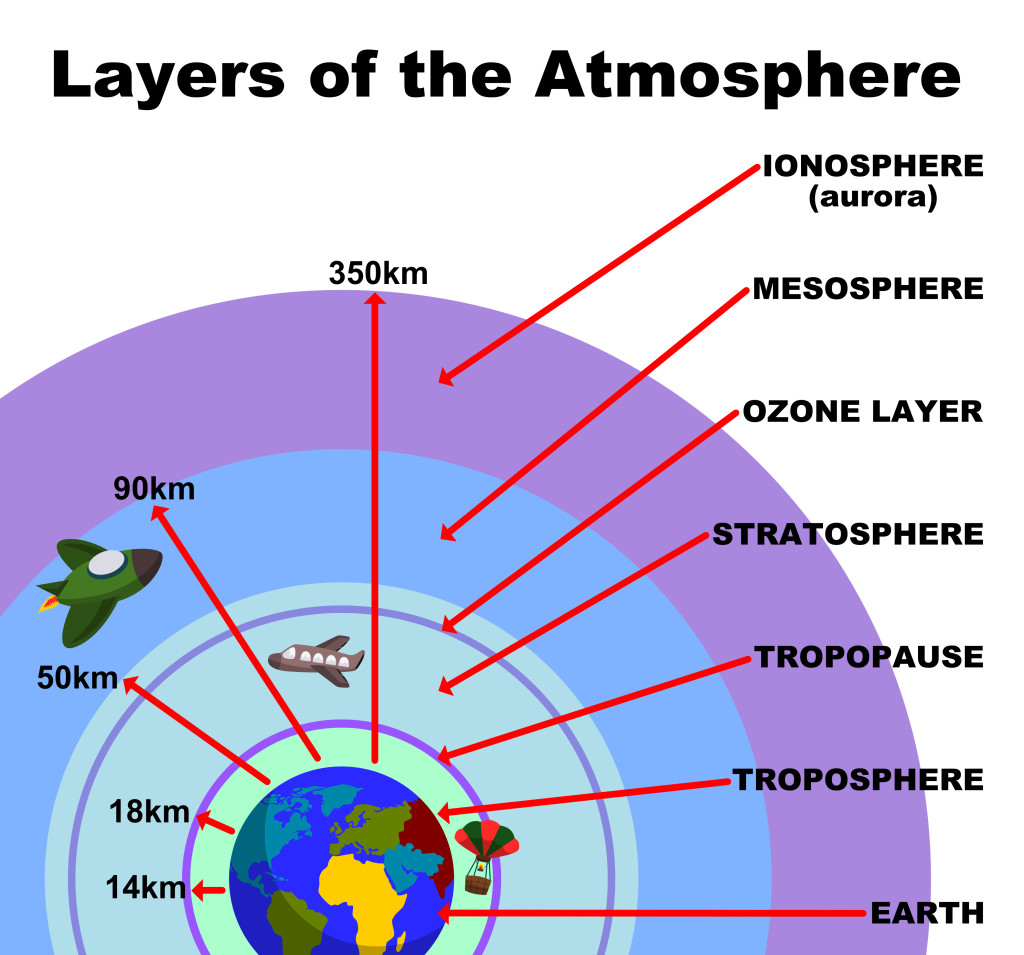 Troposphere – We live in the troposphere, but even near the top of it the air becomes too thin for us to breathe.  The top of this layer is called the tropopause and is the level to which clouds and balloons can rise up to.

Stratosphere – The next level up has even thinner air and only a few jet planes can fly in it.  Also in this level is the ozone layer, which is an important layer of gas that protects us from a lot of the UV rays from the sun. 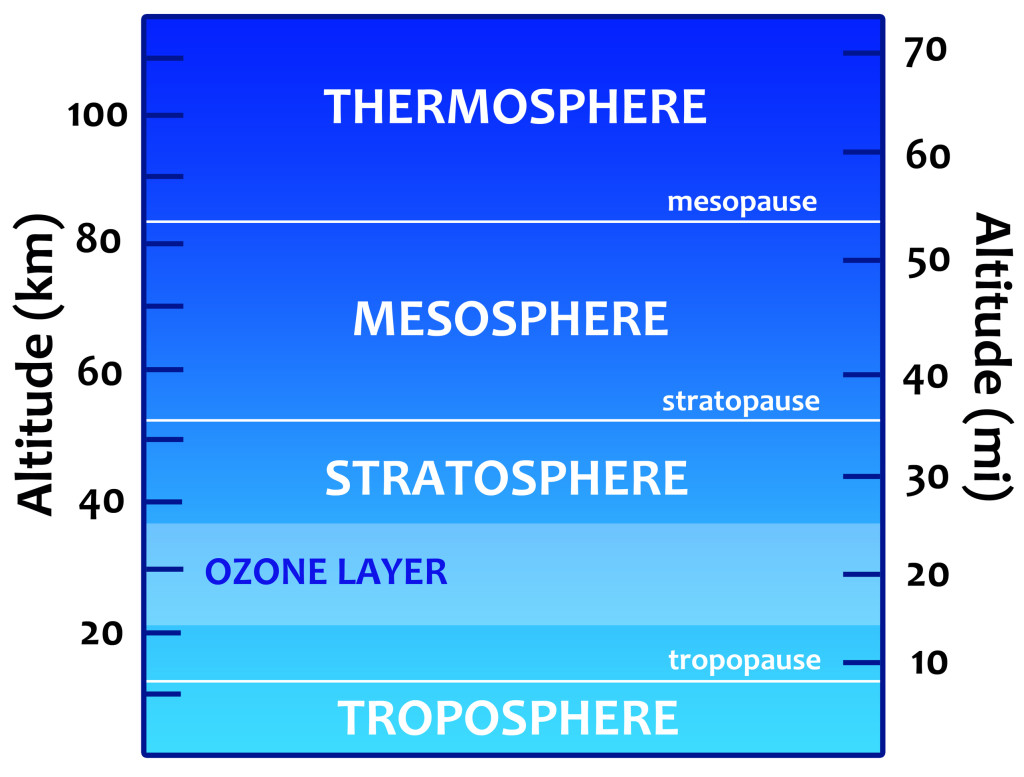 Mesosphere – Further up is the mesosphere, or “middle” layer of the atmosphere.  The air here gets colder the higher up you go, and is so thin that only rockets can fly through it.

Ionosphere – The outer level of the atmosphere is called the ionosphere, which is made up of the thermosphere and the far out exosphere.  Here the air is so thin that it can barely be called air!  This is the level where we see the auroras (Northern and Southern Lights) and where we can first see meteors when bits of rock enter the atmosphere from outer space and begin to burn up.