While dirt refers to tiny bits of soil and dust that might be stuck to the seat of your pants, soil is dirty stuff that forms in place from the local rocks and minerals.  Soil is also the stuff that plants grow in.  This will make more sense if we look at the different layers of soil from the bottom to the top. Find out more about Soil Layers! 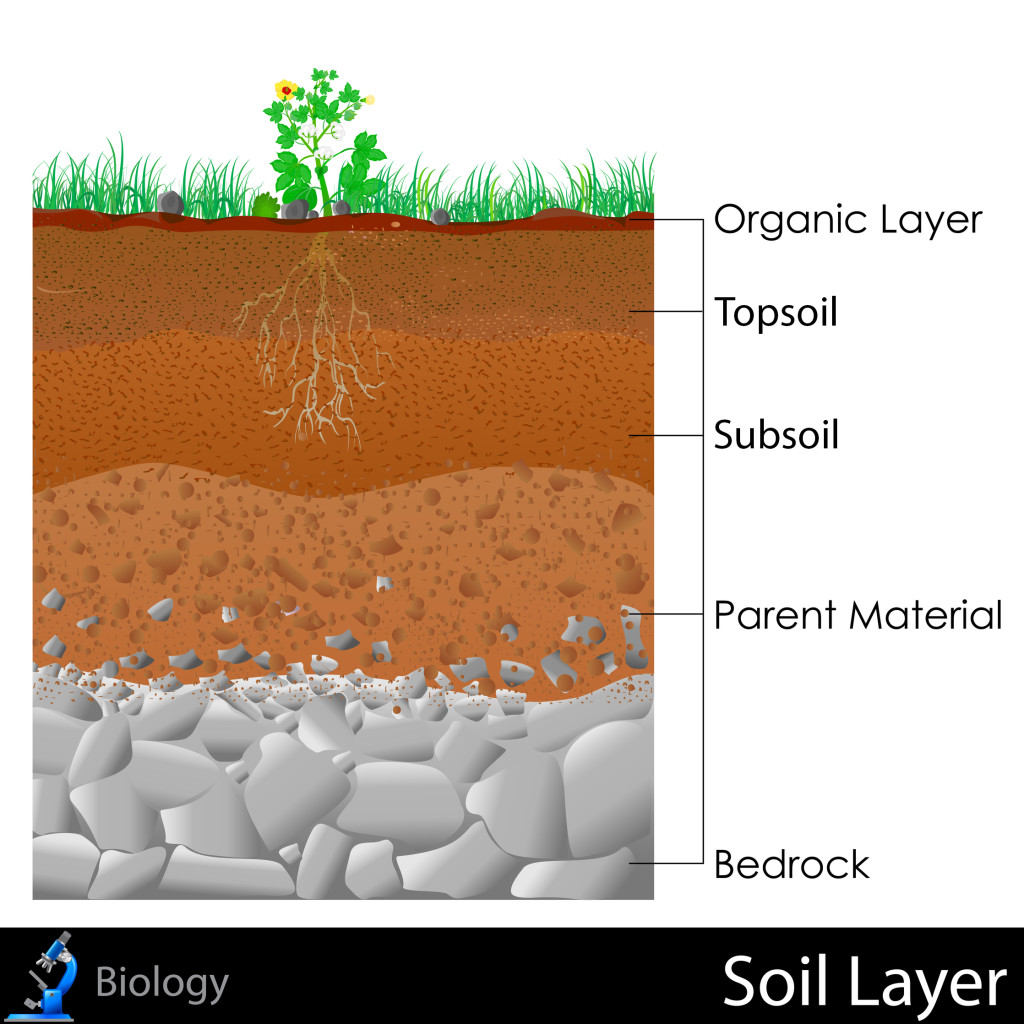 Bedrock – The earth is mostly made out of rock and we live on just its thin outer crust.  The rocks supporting us are called bedrock, or rocks that formed in place.

Parent Material – Parent material is bits of bedrock that are found broken up into smaller pieces at the first soil layer just above the bedrock.  Soil forms by erosion and plant action on the bedrock, so it is like the “parent” of the soil!  Wind and water can help to break up bedrock into smaller pieces.  Plant roots grow into cracks and slowly crack rocks apart, and they also put out chemicals that can dissolve rocks!

Subsoil – Soil particles, the pieces that make it up, get smaller as you look up through the soil.  A subsoil is a layer of soil made of small particles but has very little organic material (parts of living things, or things that were once living). Subsoil is also usually very hard-packed with few open spaces for air.

Topsoil – Topsoil is the layer that plants love!  This is layer contains much more organic material than the subsoil, and it is “lighter” because it has more air spaces in it thanks to little insects and bacteria moving through it.

Organic Layer – This is a layer of organic material over top of the topsoil.  It’s usually made up of leaves and other fallen plant parts that are slowly breaking down.

Check out our interesting article about Soil Horizons!