Biomes are parts of the earth that share similar climates, vegetation, and animal life.  They are zones that may be found on several different continents but which would look, feel, and even sound similar to visitors.  Experts disagree on how many biomes we should divide the earth into, however our map shows some of the main biomes that many people agree on. 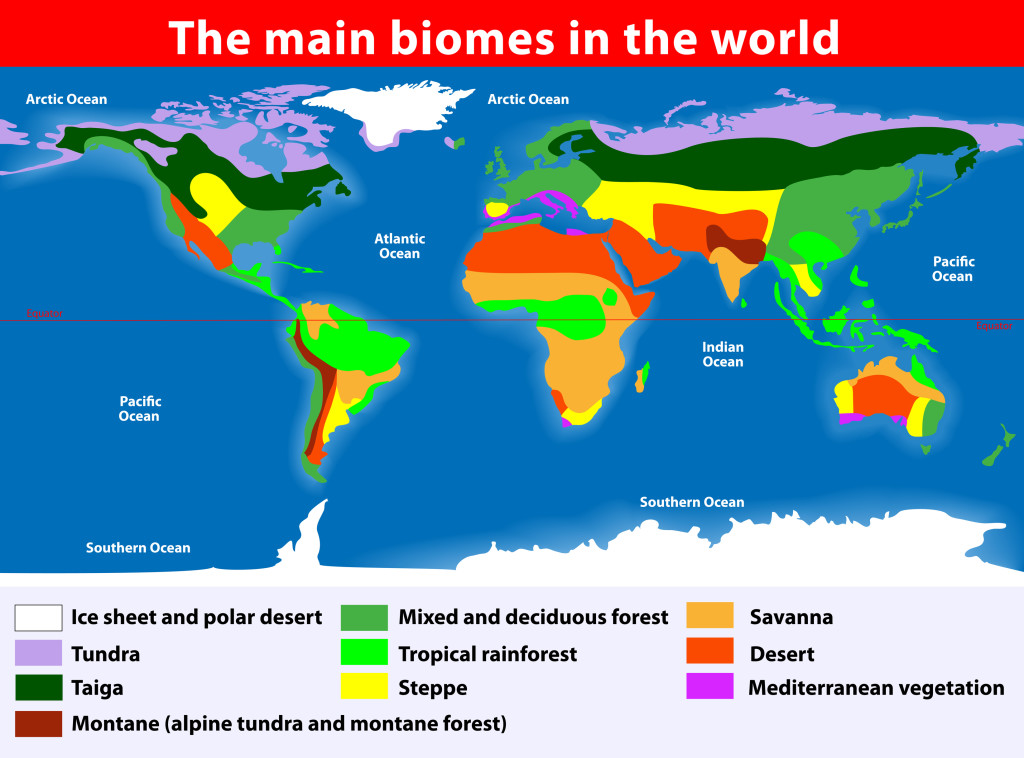 Tundra – areas in which the soil is frozen for part of the year and temperatures are generally cold, with low precipitation; short, dwarf trees and low-lying vegetation; some cold-tolerant animal life.