The Old Faithful geyser in Yellowstone National Park, USA, is one of the most well-known and predictable geological features on earth. It shoots up a huge blast of boiling water and steam almost exactly ever 90 minutes, and people come from around the world to watch it blow. But what makes Old Faithful, and other geysers, erupt? 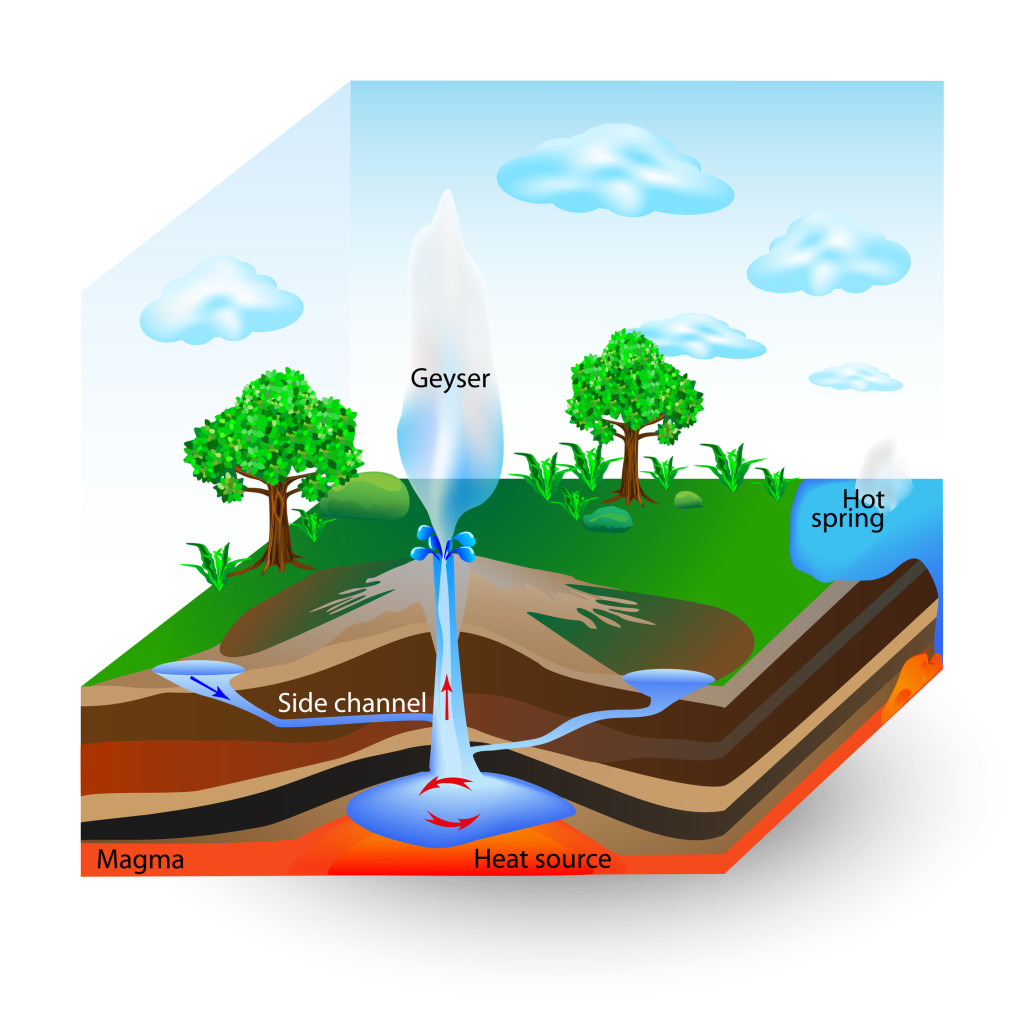 Heat – Geysers, just like all other types of hot springs, are found in areas of volcanic activity where magma, or molten rock, is located very close to the surface of the earth.  Since magma can be as hot as 1300 °C (2400 °F), it doesn’t take much to heat water to boiling.

Water – The second ingredient to the creation of a geyser is a good supply of water.  However, if water just flowed past an area where magma is near the surface, it would heat up and flow out as a normal hot spring, or else heated up strongly and released steadily as steam.  So what makes the eruption?

Plumbing – The secret is in the plumbing.  In order to erupt, a geyser has to have an underground reservoir where water can be heated, as well as a small and restricted pathway to the surface.  There also needs to be a path for new water to enter the reservoir, usually through cracks in the overlying rock.

Water in the reservoir is heated until it boils and produces a build-up of steam.  The steam moves upwards through a pathway that gets narrower as it goes up.  This puts the steam under even more pressure, making it explode out the opening, pushing out any water above into an eruption of steam and boiling water!  Minerals dissolved in the water hit the ground and deposit on the surface, slowing building up a volcano-like cone with each eruption.

Check out our interesting article about water on Earth!