Water on earth is everywhere – in lakes and rivers, rain, the oceans, in plants, and even in your body! Water moves around and around through all of these places following a system called the water cycle. 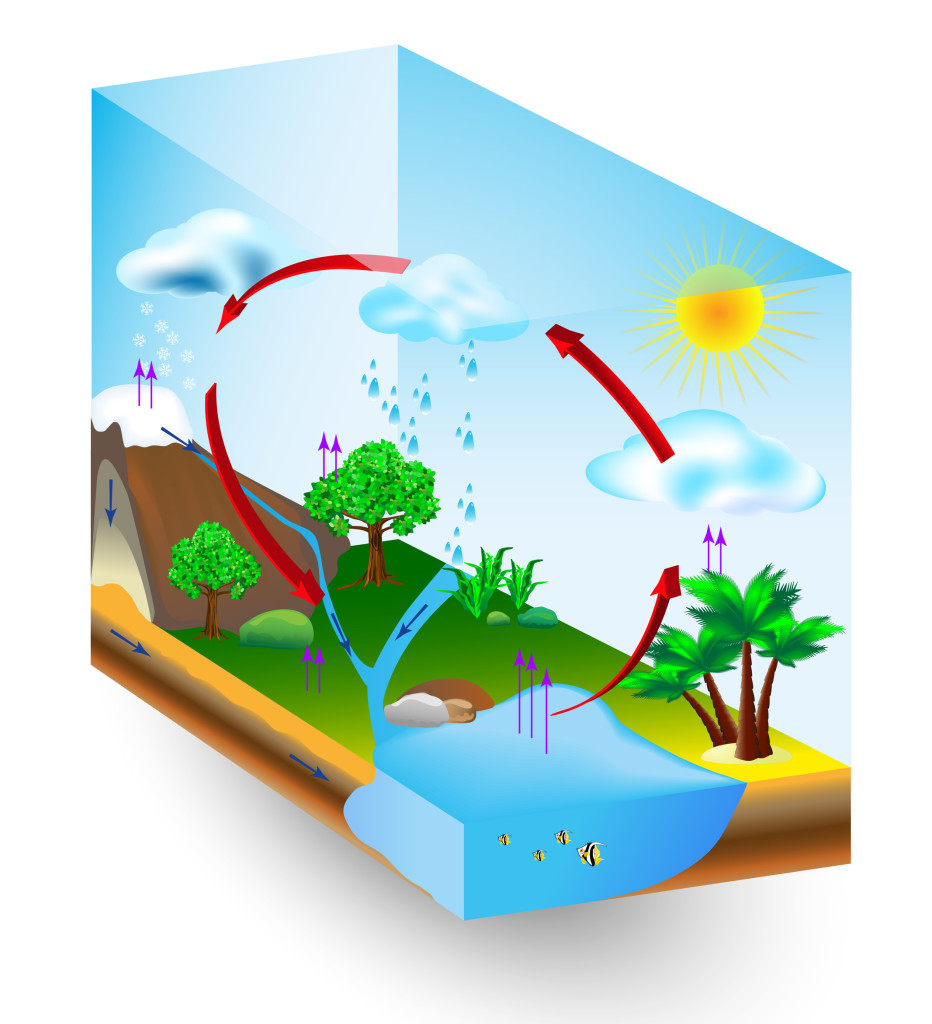 Streams, Rivers, and Lakes – Rainwater that runs over the earth’s surface always finds the easiest and lowest path downhill.  This run-off water forms small streams, which then join together and make rivers.  If there is a place where the path downhill is blocked, a freshwater lake can form.

Groundwater – Rainwater that soaks into the ground can also form underground streams and lakes.  This water may stay underground for thousands of years, or it might just go underground for a few minutes before it pops out to the surface somewhere further downhill!  Plants can also suck water out of the ground with their roots.

Oceans – The lowest parts of the earth’s surface are its ocean basins.  Eventually, most rainwater flows down to the oceans, but as it does it picks up a lot of dust and dissolved rock along the way.  This makes the ocean water salty.

Evaporation – Anywhere along the way from rain to the ocean, water can evaporate.  Heat, usually from the sun, makes it turn back into a gas (water vapor) and float back up into the sky.  When air with water vapor in it rise up and cools, the water can turn back into little drops of liquid that float in the air as clouds.

Check out our interesting article about geysers!