In the early 1900s, scientists began to discover more about atoms.  They learned that protons and neutrons were tightly held together in the nucleus of each atom and this was orbited by electrons.  Large atoms (chosen because they are big and easy targets to hit) like those of uranium were chosen for fission experiments, in which neutrons were fired at these large nuclei at high speeds. 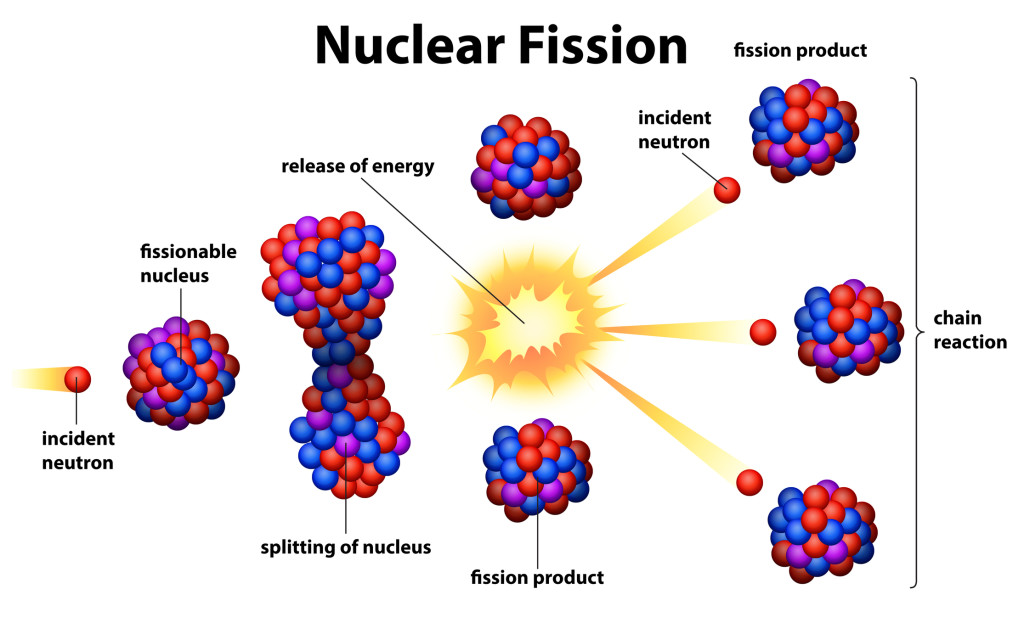 The result?  The splitting of the atom!  Specifically, a single small neutron was able to break apart a large nucleus into 2 smaller pieces, and it released incredible energy.  The fission also sends some neutrons flying into other atoms at high speed, also causing them to split in a high-energy chain reaction.

This energy was first applied in wartime as a weapon in the form of nuclear bombs that were dropped on Hiroshima and Nagasaki, Japan by the United States in WWII.  In times of peace, however, scientists were convinced that this process of “nuclear fission” could be used to produce energy without the air pollution caused by other forms of electricity generation, including burning coal and natural gas.

In a nuclear power plant, a chain reaction is started in a containment building, using a heavy elemental fuel source, such as uranium and plutonium, to start a fission reaction that heats up water to steam.  The expanding force of this steam turns a generator and produces electricity, and water is used to cool down the products of the reaction. 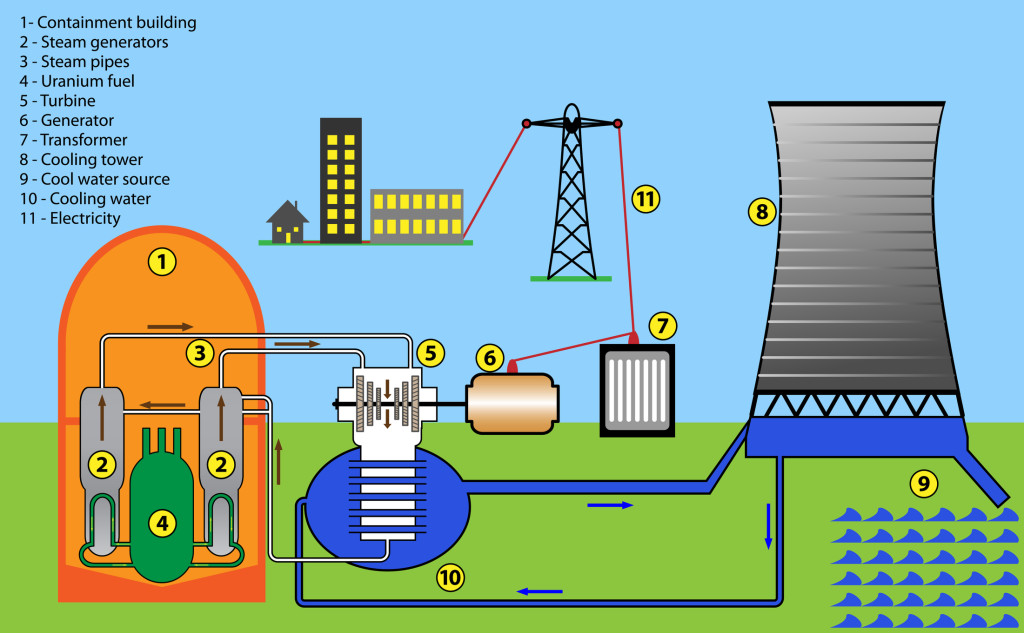 Nuclear power generation, however, is must be very carefully monitored, and disastrous explosions have happened at power plants in Three-Mile Island, Chernobyl, and most recently in Fukushima.  The process also produces highly radioactive and dangerous waste that must be handled with extreme caution and kept separated from living things, essentially forever.  So while nuclear energy is less polluting than other sources, it is also potentially much more dangerous to the environment.