Plants that produce flowers are also called angiosperms. They come in all shapes, sizes, colors, and of course, smells! Let’s look at are some of their main parts and what they are used for, starting from the ground up. Parts of flowering plants: 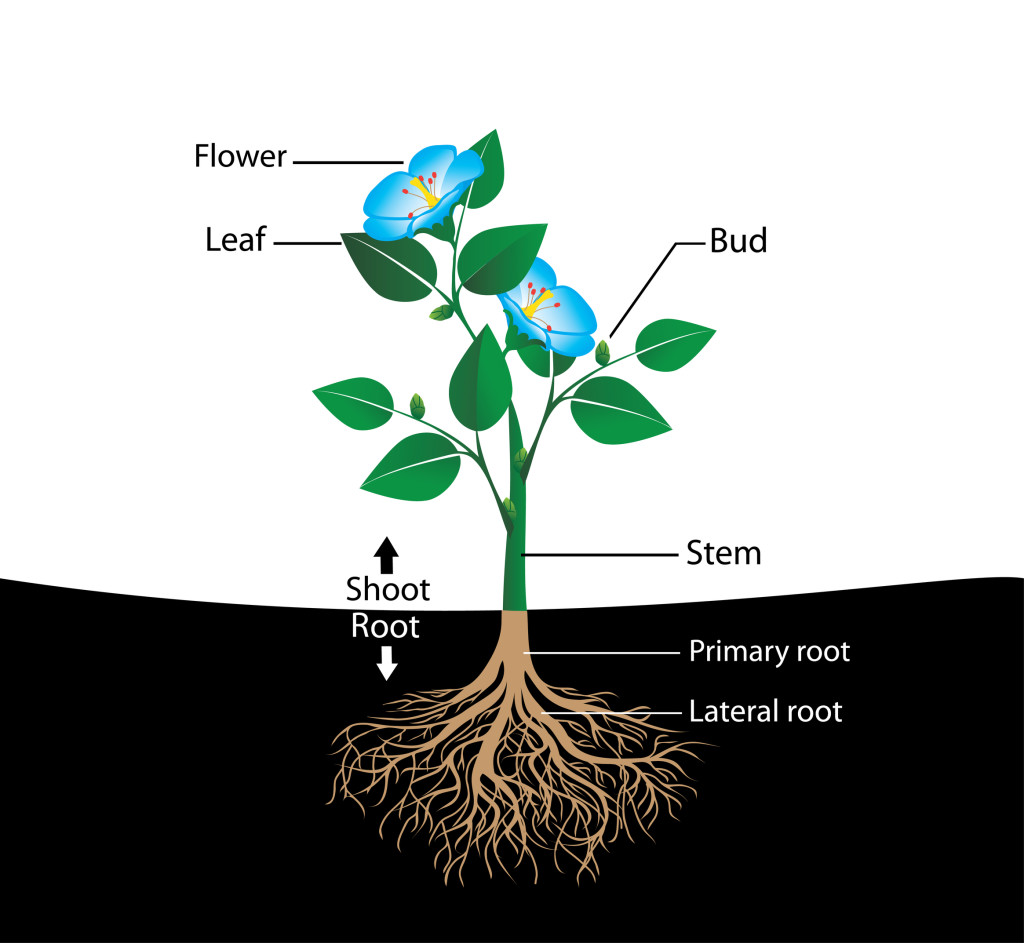 Roots – The roots of a flowering plant are the parts attached to the stem that are usually underground, although sometimes they can come up above the surface.  The main root coming down from the stem is called the primary root.  Other roots, called lateral roots, branch out to the sides to provide support so the plant doesn’t fall over.  The roots pull in water and minerals from the ground to nourish the plant.

Shoot– The shoot is the part of a plant that’s above the ground.  It’s made up of the stem and its branches, leaves and flowers.

Stem – The stem is the strong, tubular central part of the plant and the branches that stick out from it.  The stem helps to keep the plant upright and growing towards the sun.  It’s also the pathway for water and minerals from the roots to reach the rest of the plan.

Leaves – Leaves are normally flat and green parts sticking out from the branches of any flowering plant.  Their job is to capture sunlight as well as carbon dioxide from the air to make food in the form of carbohydrates.  The leaves also release oxygen into the air.

Flowers – Flowers are the parts of plants that help them reproduce.  They include the plant’s pollen and eggs, as well as showy, brightly colored petals which attract insects to carry pollen to and away from them.  Newly growing flowering plants stay closed in buds until they are ready to bloom.