If you’ve done any work in chemistry, you’ll certainly recognize this: the Periodic Table of the Elements.  This table is used by chemists around the world as a frame of reference for how different elements relate to each other.  There are currently 118 elements listed in the table, although only 98 of these have been found in nature, and the rest have been produced in laboratory experiments. 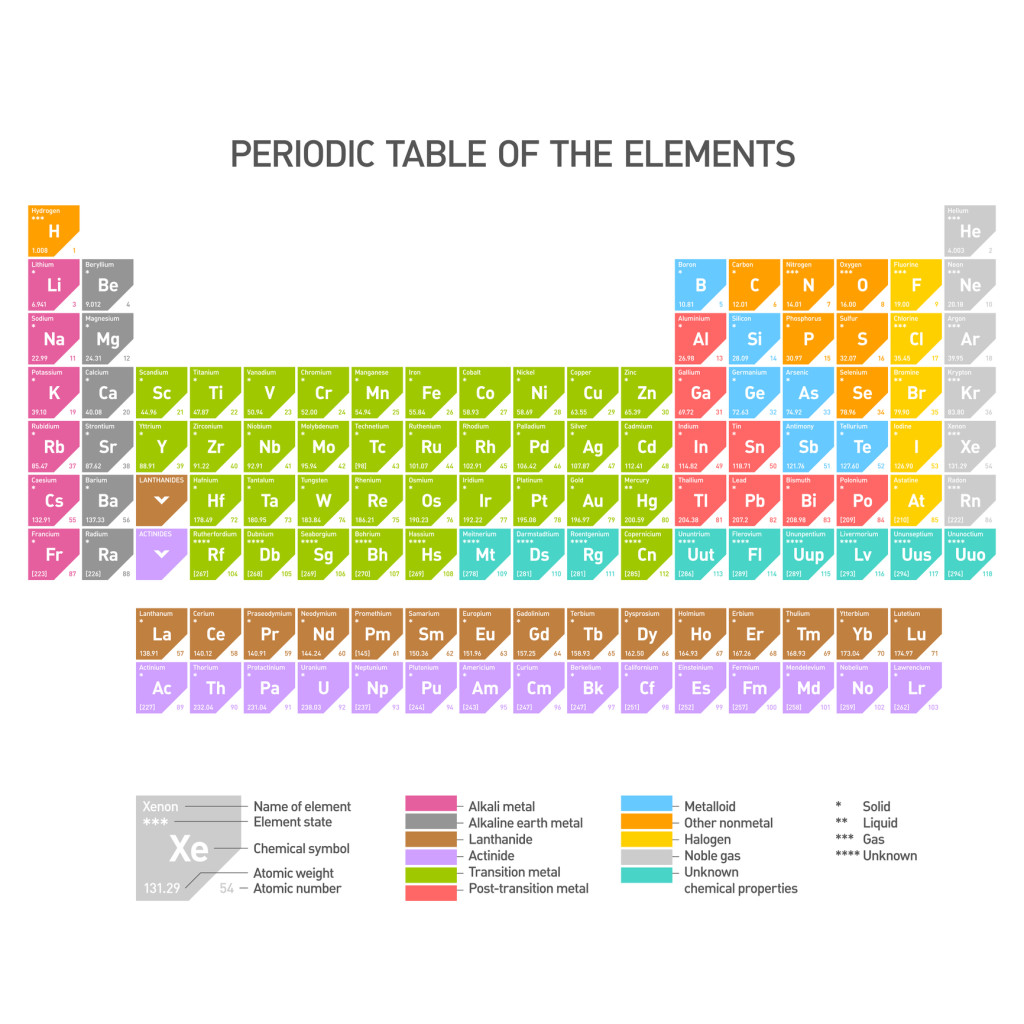 Why is the table laid out the way that it is?  This is done to organize the elements along many different characteristics.  Firstly, you can see the element’s name is abbreviated to just a 1-3 letter symbol (hydrogen is H, helium is He), though just to be extra confusing, some of the symbols match the English names of the elements while others, like Ag for silver and Au for gold come from other languages like Greek and Latin (silver = argentum, gold = aurum in Latin).

Next, you can see the each element’s atomic number, where hydrogen is 1 and helium is 2, and so on.  These numbers start from the left and get bigger going across each row, then jumping down to the next row below.  The atomic number tells us how many protons each atom of that element has.

Electrons, the opposite particle to protons, whiz around the nucleus of each atom in orbits of different patterns called ‘shells’.  The outermost shell of electrons of an atom is called its ‘valence shell’, and elements with the same number of electrons in their valence shells are listed in the same columns of the table (called groups).  The elements in a group behave similarly.  For example, the Halogens group contains elements that are all extremely reactive, dangerous, and poisonous to humans.

Across rows, also called periods, you can see that atomic weight increases since each element has 1 more proton than the element to its left.  This also pulls its electrons closer, so that while elements get heavier going left to right, their size actually gets smaller.

Just glancing at periodic table of the elements can tell us many things about how elements differ from one another, and it’s a very handy reference for any student of chemistry!