Do you know the differences between solids, liquids, and gases?  I’ll bet you do, even if you have never thought about it before! 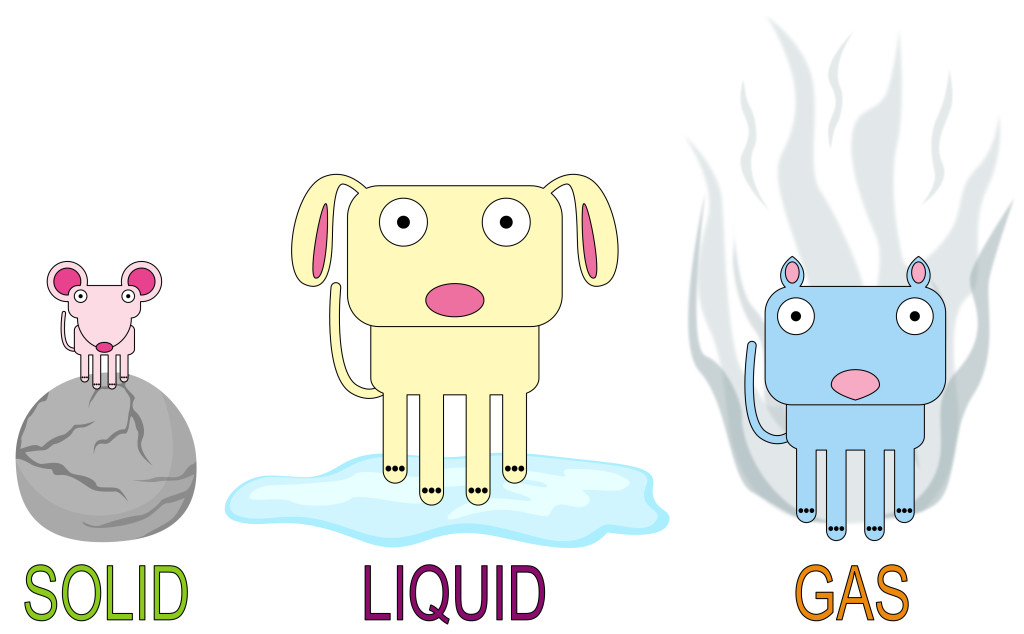 Many of the things we see and touch every day are called solids.  Solid things can be hard or soft, but they are all the same in some important ways.  First, they stick together well, unless you cut them apart or break them into pieces (even then, the pieces are still solids!).  And second, solids don’t change shape easily.  If you take a rock and drop it into a bottle, it doesn’t change shape, right?

What if you had a liquid that you poured into a bottle?  Something like milk would go into the cup and change shape so that it fills up the inside of the bottle to a certain level, depending on how much you put in.  That’s because liquids are made up of invisible pieces called molecules, and these molecules aren’t so tightly stuck together as they are in solid form.

What if you took some gas and put it into the bottle?  Some gases can’t be seen, but think of smoke which looks like dirty air.  If you put smoke in a bottle, it will make itself into the same shape as the inside of the bottle.  BUT it will also fill up the bottle, even if you only put in a little bit!  If you put in a lot, it will also fill up the bottle, though it might be hard to force the gas in.  That’s because gas molecules are really free to move around, and if there is no pressure pushing on them, they will spread out as far as possible!

Think about water, chalk, rock, milk, and farts – which ones are solids, liquids, and gases?