Cereals are the grains of grass family Poacaea which people grow to eat. They are annual plants, which means that they only produce one crop each time they are planted, however they maybe be planted several times in the same year. 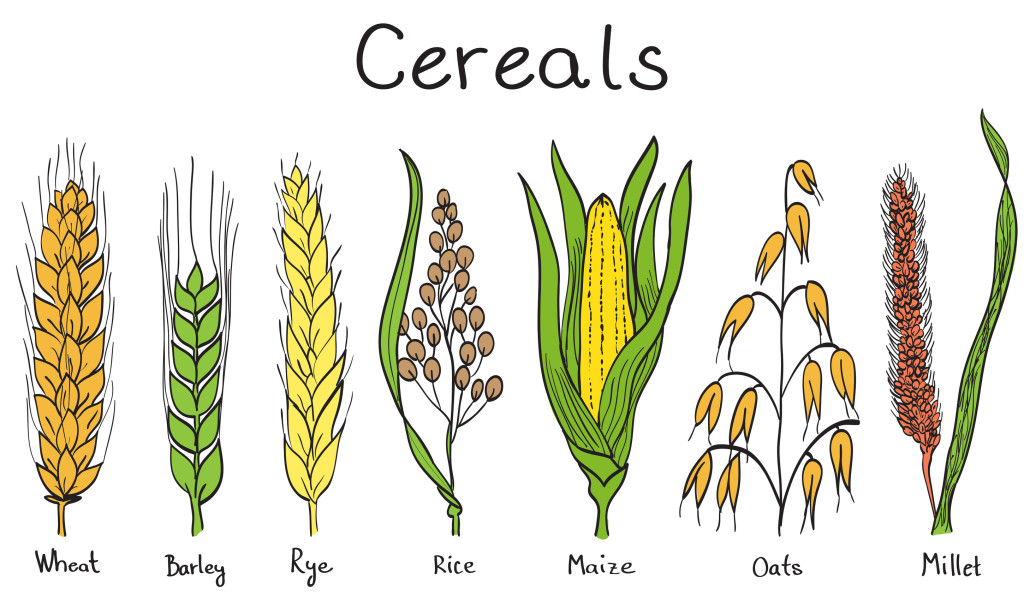 Here are some of the most important cereals grown and eaten around the world:

Maize (corn) – This cereal is grown more than any other in the world, and it is grown around the world although it was first developed in Central America.  Maize is used to feed animals and is also eaten by people whole or ground into flour.

Rice – Rice is the world’s second most produced cereal and first came from China.  It is normally grown in wet fields called rice paddies.  Rice can be eaten whole (boiled, steamed or fried) and is also sometimes ground into flour.

Wheat – Wheat comes from the Middle East.  It grows well in cool climates with little water.  Most wheat is ground into flour to make bread and other baked goods.

Barley – Barley produces fat grains and can be grown on land with bad soil that is too cold for wheat.  Barley can also be eaten whole or ground into flour, and it is also sprouted then dried (malted) to be used in making beer.

Oats – Oats also come from the Middle East and are usually eaten boiled or rolled flat and baked.

Rye – Rye comes from the Middle East and can grow in very cold and harsh climates. Its seeds are normally ground to flour and used to make bread.