El Niño (pronounced like elle-neen-yo) is an important change in weather patterns that takes place in the Pacific Ocean and which can affect the weather of the whole world!  Here’s how an El Niño year is different form a normal year.
Normal Year
In a normal year, warming of the air over Australia and Indonesia causes it to rise, creating low pressure and producing rain over those land areas.  Colder currents off the coast of South America cool the overlying air and produce high pressure.  Air moves from high to low pressure, creating the easterly (from the east) “trade winds” near the surface.  These winds push warm water to the west, while cooler water stays east, near South America.  At elevation, the cool air that moves to the west out of the high pressure area above the South American coast needs to be replaced, and so the air above it sinks down.  A vertical cycle of air travelling counter-clockwise is formed, called the Walker Circulation. 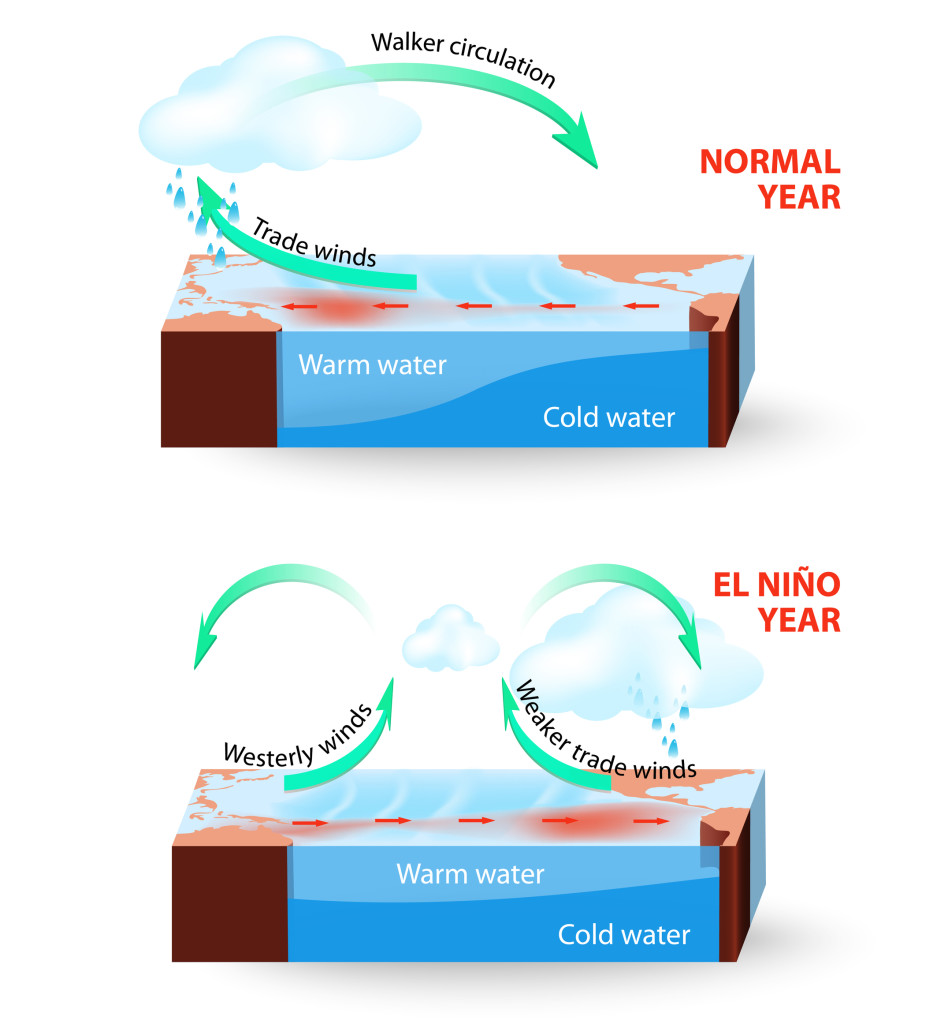 El Niño Year
During an El Niño year, Walker Circulation is disrupted.  In El Niño years, which can happen every 2-7 years, result from dry years in Australia and Indonesia.  Wind directions reverse near the Australian east coast and this breaks the cycle of trade winds.  With the trade winds reduced, warmer water can flow from the warm west across the Pacific to the east, where it covers normally cold waters on the South American coast.
Effects
The warmer than usual waters on the South American coast cause more precipitation to fall over the South America, which can sometimes cause flooding.  It also has fewer nutrients than the normal cold water found there and this can cause many types of marine organisms to starve.  In North America, winters become warmer and drier.  There is also evidence that El Niño can affect weather all around the globe.