The summer solstice is the date (usually June 20 or 21) when all places in the northern hemisphere receive the most hours of daylight in the whole year.  This is because the earth is tilted on an angle of 23.5 degrees away from being up and down (measured from the flat plane created by its orbit around the sun). 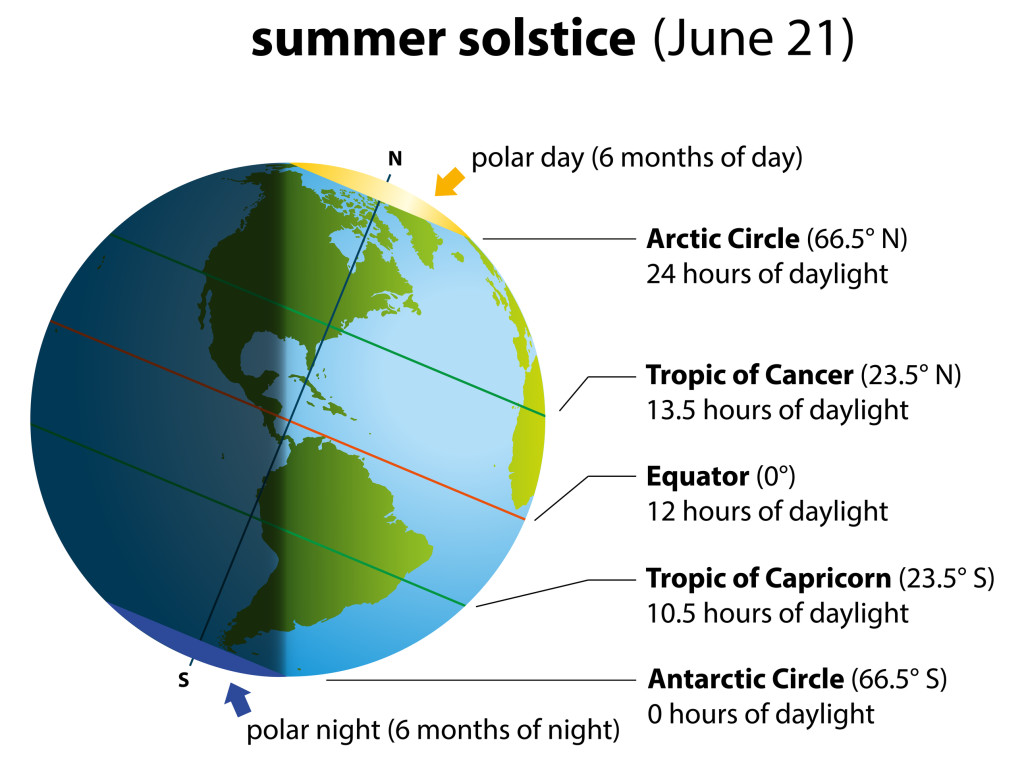 Starting at the Arctic Circle (90 – 23.5 = 66.5 degrees, so this is the latitude of the circle) and northward to the North Pole, the tilt of the earth makes these areas receive daylight for a full 24-hour period.  The sun will be seen slowly dipping down to the horizon during the evening and night, only to rise back up again, producing what is called polar day.

At the Tropic of Cancer, at 23.5 degrees latitude, the sun will come up directly overhead at noon, creating that place’s longest day, or most daylight hours, of the year.

At the equator, day length remains a constant 12 hours.

On the northern hemisphere’s summer solstice, the earth is tilted the farthest away from the Tropic of Capricorn that it goes all year, so this area receives its shortest day of the year, or winter solstice.

And of course, the Antarctic circle at the latitude of 23.5 degrees, and further south, is tilted away from the sun all day.  This causes that part of the world, the whole Antarctic continent, to have a day where the sun never rises above the horizon, also known as polar night.