Because of different uses and different histories, three major temperature scales are used for thermometers.  So when somebody tells you the temperature, it’s important to know which scale they’re using! 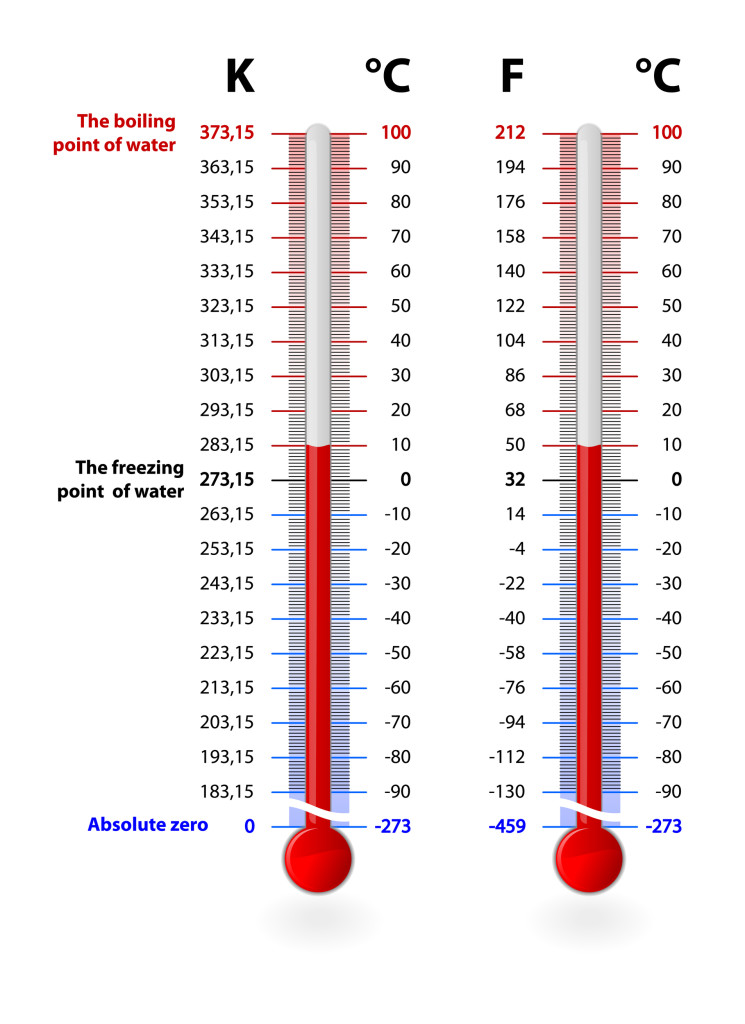 Fahrenheit – This scale was created by German scientist Daniel Fahrenheit, the inventor of the mercury thermometer, in 1724.  Fahrenheit made extremely accurate measurements of a mixture of ice, water, and ammonium chloride (which he set at 0˚F), the temperature of water as ice just forms on it (32˚F), and the human body (which he set at 96˚F).  Later this scale was changed slightly, so that human body temperature became 98.2˚F, and because of the very exact measurements Fahrenheit’s thermometers gave, it became popular around the world.  Currently, however, most countries have changed to the Celsius system.

Kelvin – The Kelvin scale was first proposed by Scottish Lord Kelvin as a scientific scale based on the concept of absolute zero, the temperature at which all movement in matter would stop or freeze (−273.15 °C or −459.67 °F).  In 1954, an international group of scientists created the scale and named the units after Lord Kelvin.  Kelvin and Celsius scales have the same different between units, but the K temperature is 273.15 degrees higher than Celsius.  For example, water freezes at 32°F = 0°C = 273.15 K.