The earth’s orbit around the sun, combined with the tilt of its axis, causes seasonal differences in day light and temperature throughout the year.  Of course, the temperature and day length you will experience depends where you live.  At the equator, the earth gets about the same amount of sunlight every day – roughly 12 hours.  Other places on earth, however, are subject to the influences of the earth’s tilt. 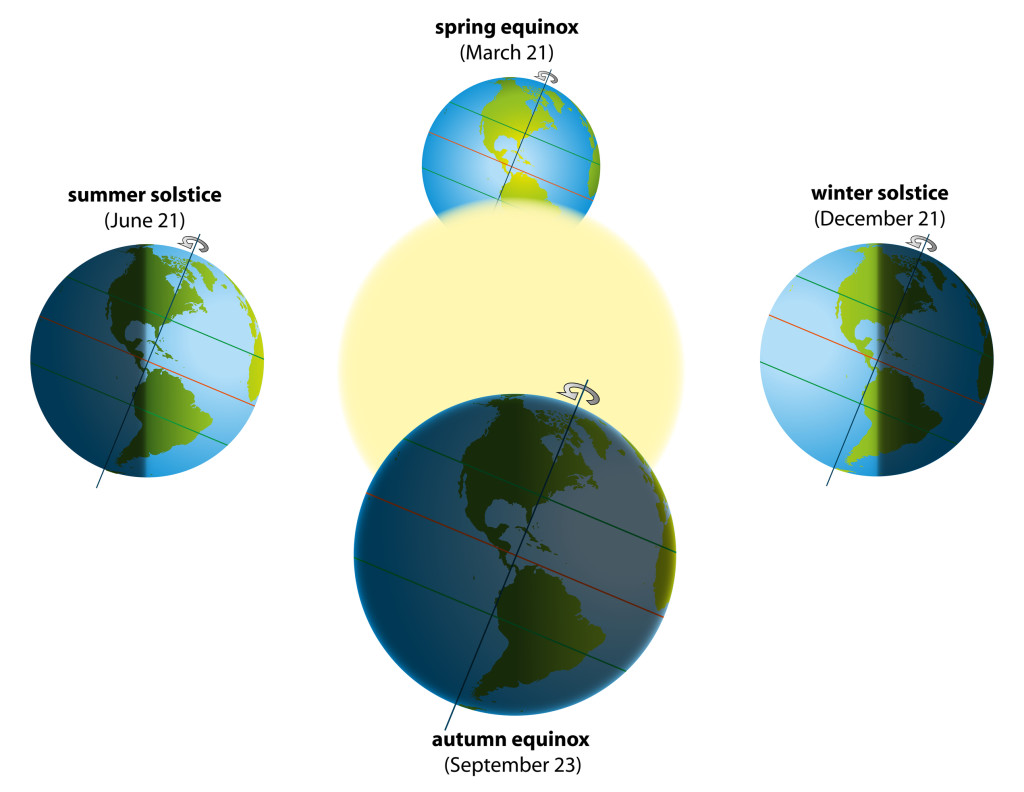 23.5 degrees – That’s the tilt of the earth’s axis away from the perpendicular to the plane of the earth’s orbit around the sun.  We like to picture the earth sitting straight up with the north pole at the top and the south pole at the bottom, but the reality is that we’re really spinning on an axis that’s tilted.

Winter in the north happens because the northern hemisphere becomes tilted away from the sun.  It receives less of the sun’s energy, shorter day length, and cold weather takes hold.  In fact, above the Arctic Circle (66.5 degrees latitude) the sun does not come up at the winter solstice and day length reduces to zero hours.

Summer in the north happens because the northern hemisphere becomes tilted towards the sun.  It receives more of the sun’s energy, longer day length, and weather heats up.  Above the Arctic Circle the sun doesn’t even set at the summer solstice, so it’s sunny all day.