What would you do if you were lost on a barren plane in the dark of night? How would you be able to find your way back to safety? For thousands of years, before the invention of compasses and GPS tracking machines, people living in the northern hemisphere of the earth used a simple system: find Polaris, the North Star. 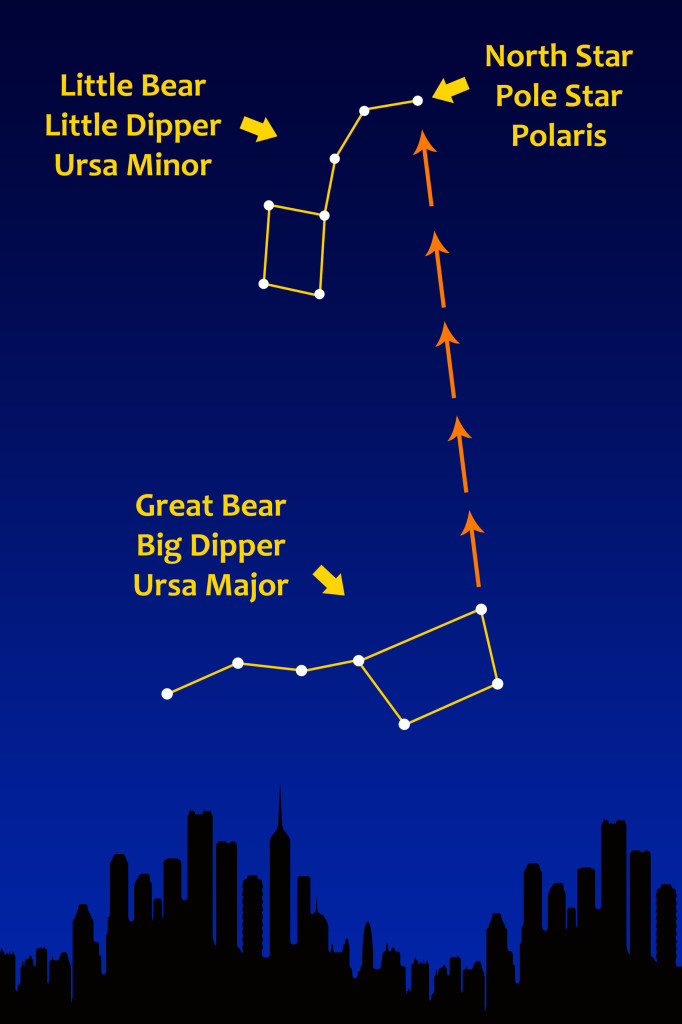 Have you ever seen the Big Dipper or the Little Dipper up in the sky?  The Big dipper is usually easy to find because of its bright stars and memorable shape, like a big ladle or soup spoon.  Ancient people connected even more dots and called it Ursa Major, or the Great Bear.  The Little Dipper, or Ursa Minor (Little Bear), is often harder to see.  It points the opposite direction to the Big Dipper.

To find the North Star, first locate the Big Dipper.  Look at the last 2 stars in the dipper, towards the end that you would stick in your mouth if it was a spoon.  Next, draw a straight line through those two stars upwards (imagine the spoon sitting on a counter and facing up), and you’ll come to a really bright star that also is the last star in the handle of the Little Dipper.

That’s it – you’ve found the North Star and now you know which direction is north. Of course, it helps to know whether home is to the north, south, east, or west!

Find out more about the composition of the Sun, Earth, and Moon!