Tornadoes, waterspouts, twisters – these are all names for one of the most destructive forces in nature!  Their screaming winds can reach up to 480 km/hour and have enough energy to lift up and carry entire houses.  Tornadoes normally strike during severe thunderstorms over large continental areas where air can heat up to extreme temperatures in order to power huge storms.  Let’s look at how and why they form.

A tornado is a vortex, or a spinning column of air usually found on the trailing edge of a thunderstorm.  They are generally caused by a combination of three ingredients: 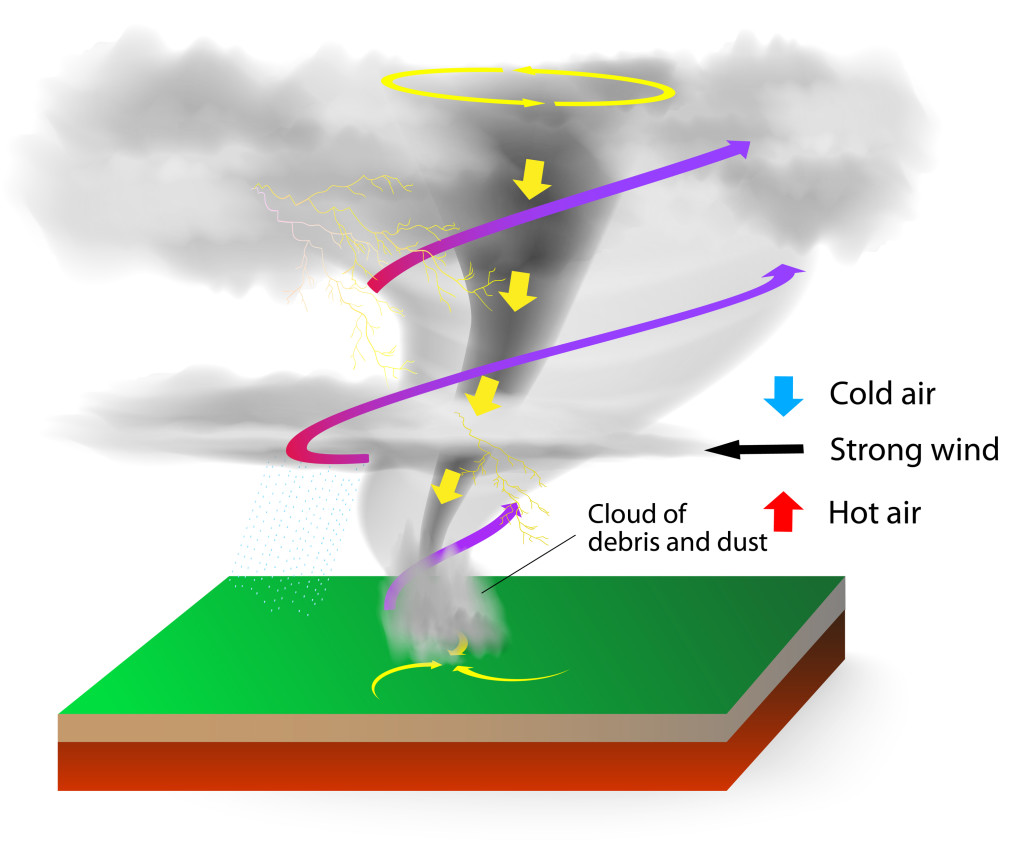 1. Rising warm air – Big thunderstorm clouds pull warm, moist air up at their fronts as they move over land.

2. Falling cold air – As thunderstorms pass, heavy rains fall from their back ends as they move along.  The rain can also pull down large amounts of cold air towards the ground as it falls.

3. Strong winds – Cold air falling through rising warm air will already start to create a vortex, but strong winds produced by high energy storm fronts moving over land give the extra push to power the spinning air column into a tornado.
Tornadoes pull up dust and dirt, trees and other plants, livestock, cars and trucks, and even houses if they are powerful enough.  If they occur over bodies of water, they will pull up massive amounts of water and are called waterspouts.

Find out more about tornado rating!